Field Orthopaedics is proud to have been recognised as a finalist for the ‘HSBC Award for Excellence in International Business’ in the 2021 Lord Mayor’s Awards, an initiative of the Brisbane City Council where the FO headquarters are based.

The awards attract thousands of entries each year, highlighting the calibre of Field Orthopaedics’ submission and the success of the company and contributions of the team in building connections and profitable partnerships around the world.

The company currently manufactures and distributes the Micro Screw and NX Nail systems globally, through a growing number of partnerships across a number of countries and regions including the United States, South Africa, New Zealand and Australia.

“In building our global network, one of our goals is to grow our reputation as the most innovative extremity orthopaedics medical device companies,” said Field Orthopaedics CEO Chris Jeffrey.

Award winners will be announced by Lord Mayor Adrian Schrinner at a ceremony in Brisbane on October 22. 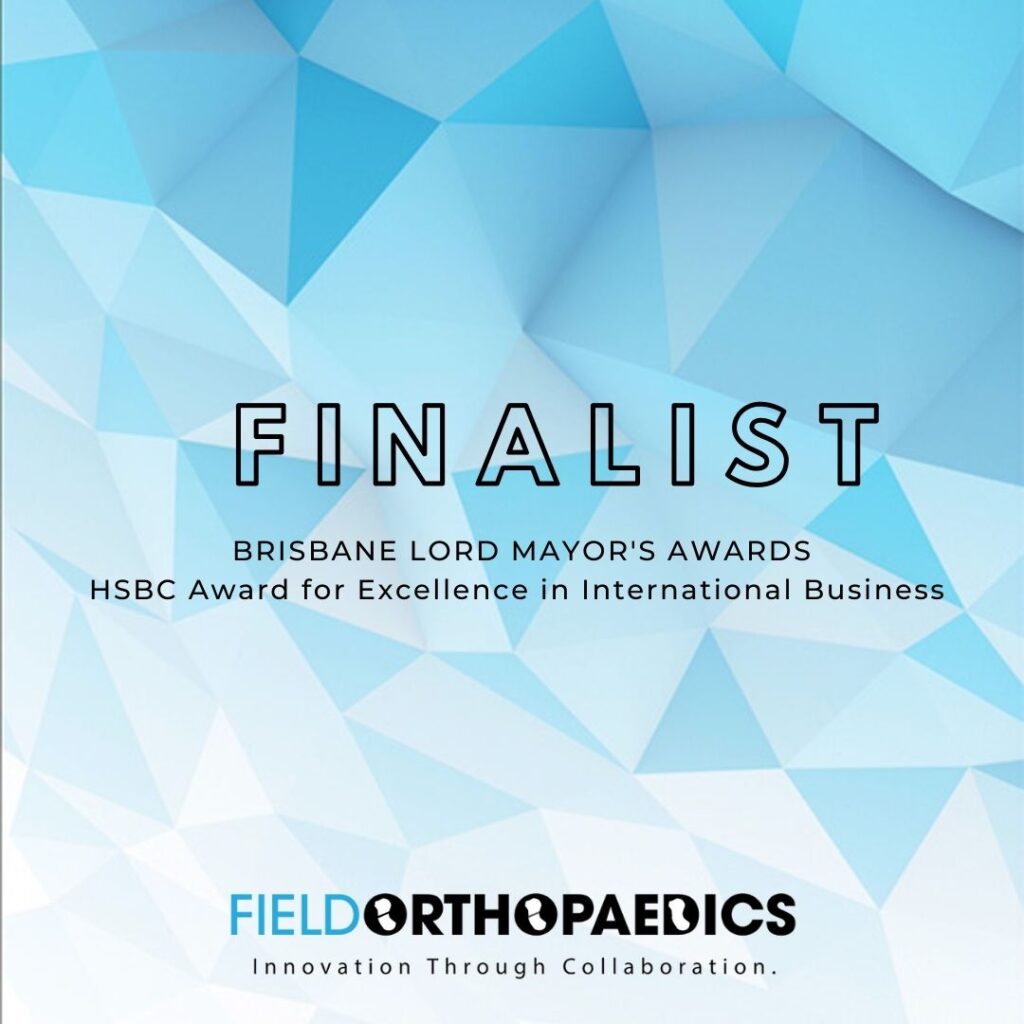